When Adulthood Catches Up With You

‘Falkenberg Forever’ centers on Marie: a slacker who is 28 years old and still lives at home with her mother. She doesn’t have to clean, wash, go shopping, or pay rent. She works as a substitute at her old high school and still hangs with her old friends from high school. She lives an extended youth life which she loves.

But when her ex suddenly returns from the big city, Marie begins to consider her life situation.  The series is based on some of Johanna’s own experiences and friends as a teenager growing up in a small town. 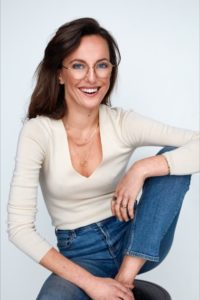 Johanna is a writer, actor, and director, who has garnered a significant amount of acclaim with her new series ‘Falkenberg Forever’. A series that came into being because she pitched an idea to the heads of SVT with the unique angle that she herself would take on all the key roles of the production: script, cast, showrunner, director, and main character. SVT took a chance on the untraditional format and the result was a uniquely authentic story, with over a quarter of a million viewers, that has received great reviews in the Swedish Media. At Aarhus Series,  Johanna will also talk about her brand new series ‘VI FOREVER’. ‘VI FOREVER’ is a feelgood series about identity, expectations, and internal thoughts. Thoughts that most people walk around thinking, but never say out loud. It is a series about wanting things to stay the same. Told with a lot of humor.