Johanna Runevad is a writer, actress, and director, who has garnered a significant amount of acclaim with her new series ‘Falkenberg Forever’. A series that came into being because she pitched an idea to the heads of SVT with the unique angle that she herself would take on all the key roles of the production: script, cast, showrunner, director, and main character. SVT took a chance on the untraditional format and the result was a uniquely authentic story, with over a quarter of a million viewers, that has received great reviews in the Swedish Media. 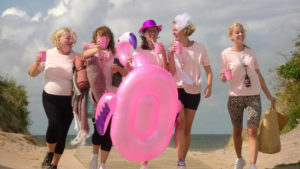 Johanna Runvad has acted in, written, and directed ‘Falkenberg Forever’.

Session: Falkenberg Forever – Screening and Talk – When Adulthood Catches Up With You