NRK’s ’22. juli’ is about the terrorist attacks that occurred in Norway on July 22 in 2011. Since the horrible incidents, several series and films have enclosed what happened at the bombing in Oslo and the mass shooting at Utøya. They have followed the young victims and tried to make out how the terrorist could get away with such cruelties.

In NRK’s series, the agenda is different. Here, we meet a consultant doctor at Ullevål Hospital, the journalists at Aftenposten, a local police officer, a teacher who can’t find her son after the bombing, and many others. In other words, ’22. juli’ depicts the general public feeling in Norway after the attacks and examines the questions that the Norwegian people were left with.

Aarhus Series invites you into Aarhus Cathedral for a screening of the TV-series and a talk about the evil that Norway experienced around the attacks. How do you treat such heavy and difficult emotions in a TV-series, and how can ’22. juli’ help us understand what happened? 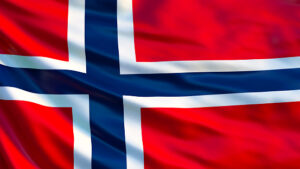