Misam Avaz is a Danish producer. He started out working in the telecommunication industry,  but in 2017 he co-founded the production company Rocket Road Pictures with his brothers Milad and Mehdi Avaz. The brothers have made both feature films, short films, and TV-series. Misam produced the two films ‘Mens vi lever’ (in English: While We Live) from 2017 and ‘Kollision’ (Collision) from 2019, and most recently the TV-series ‘Alfa’. 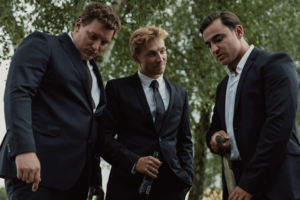 Misam Avaz is one of the producers of ‘Alfa’