Mette Føns is born in Denmark. She stopped her dramaturgy studies at Aarhus University when she was accepted into The Danish National School of Performing Arts in 2002. Føns graduated in 2006 and worked for five years as a professional actress in film, television, and theater – most recently at The Danish Royal Theater in Copenhagen.
In 2010, Føns’ interest in directing grew. Her passion for film-making got her to change from her position in front of the camera to working behind it as a director instead. Since then, she has directed fiction, commercials, music videos, art films, and theater. Føns has also worked as a developer and scriptwriter on several TV-series. 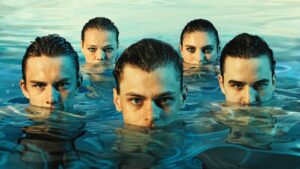 Mette Føns is the director of ‘Puls’ (in English: ‘Pulse’)