Screening of L'Opera with talk from creator, Cécile Ducrocq, and reception

Set in the shrine of French dance, the Garnier Opera house, L’Opera follows three characters whose dreams clash with reality, whose ambitions collide with expectations, and whose purity faces corruption.

L’Opera first premiered on in 2021 on French channel OCS, and in September 2022, a second season was released. Meet screenwriter and director Cécile Ducrocq in an interview about her role as the creator behind L’Opéra.

A reception will follow the session where complimentary snacks and champagne will be served for the attendants.

French series are experiencing a high when it comes to viewers across the globe. Many have latched on to French content across traditional broadcast channels and streaming platforms. Coupled with a growing comfort with subtitles, French series are flourishing abroad.

This session is created in collaboration with the French festival Série Series, The French Institute and Creative Europe Media Desk. 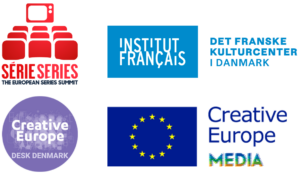 This session is sold out. Sign up for the waiting list or feel free to drop by for no-show tickets.

This session is sold out. 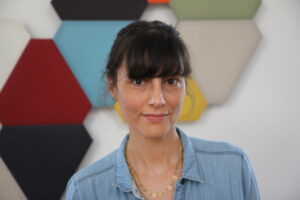 Cécile Ducrocq splits her time between cinema and series. In 2015, she directed La contre allée, which was in selection at Cannes’ Semaine de la critique and the Sundance festival. It was awarded Best short film at Les César. At the same time, she was working with Eric Rochant, writing for season 5 of Le Bureau des légendes, as well as with Fanny Herrero for season 4 of Call my agent. In 2020, she directed Une Femme du Monde, her first long feature, which was nominated at Les César. The same year, Cécile Ducrocq created – alongside Benjamin Adam – her first series, L’Opéra. Cécile Ducrocq has written, directed, and acted as showrunner of the series. It released on OCS in 2021, and the second season will be broadcast in September 2022.