Julie Rudbæk is a Danish actress who graduated from The National Film Actors Academy Of Denmark in 2009. Since then she has been in several feature films, TV-series, commercials, and short films. Rudbæk is particularly known for her work with comedy series, often in cooperation with Jesper Zuschlag. The duo won a Robert Award for their series ’29’  which they both co-wrote, co-directed, and acted in. 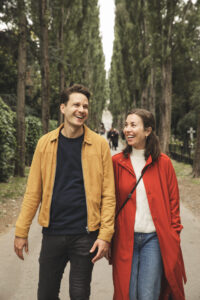 Julie Rudbæk plays one of the main characters in ’33’.