Exhibition of the Throne and Drogon

Join Aarhus Series Festival at DOKK1 in a tribute to one of the most epic series of all times: ‘Game of Thrones’.

The battle of the Iron Throne lasted for over ten years on our TV screens and now Aarhus Series Festival is inviting you to sit on the throne and feel like the king of the seven kingdoms in a unique exhibition which also includes Drogon, one of Daenerys Targaryen’s dragons. 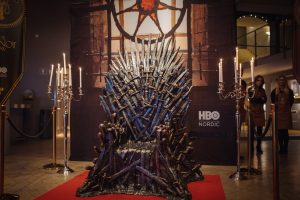 ‘Game of Thrones’ is an American fantasy drama TV-series created by David Benioff and D. B. Weiss for HBO. It is an adaptation of ‘A Song of Ice and Fire’, George R.R. Martin’s series of fantasy novels, the first of which is ‘A Game of Thrones’.

The series premiered on HBO in 2011 and was this year awarded the title: “The Most In-demand TV Show” by Forbes. The HBO-promoted series trended worldwide this past summer as the series finale brought the show to a close. 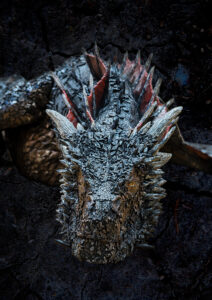