Eriikka Etholén is a Finnish Screenwriter and the Writer and The Creator of the original story of ‘Peacemaker’. She also works as a Script Editor for the Finnish Writer’s Guild. Etholén studied Screenwriting in The Northern Film School, in the UK. She graduated in 2009. Etholén also has a master’s degree in European History, from the University of Helsinki (2001).
Etholén has been given many writing commissions by the Finnish Film Foundation and during past years she has been working on several Finnish drama series (Maria Kallio/ Zodiak, Fast, / Yellow Film &TV).
As the head writer of the Peacemaker series, Eriikka is in charge of writing all ten episodes. 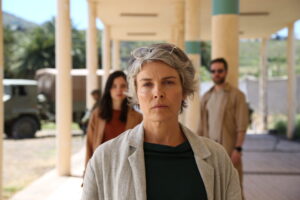