Camilla Ramonn is a Danish director, scriptwriter, and producer. In 2003 Camilla began her education as a producer at The National Film School of Denmark. Since then she has gone through education for Directing in England and the US and is now mainly directing and writing screenplays. Camilla Ramonn has made short films, art festival trailers, and music videos. Among them is the political short film ‘Europa’ that went viral and ‘Baby’ which was nominated for The Danish Film Award Robert. 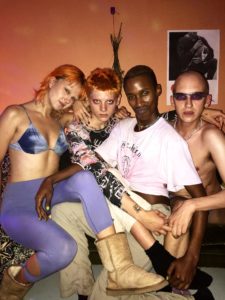 Camilla Ramonn is the creator of ‘NOIA’.

Session: NOIA – Screening and Talk – A Micro Cosmos of Drugs, Raves, and Hallucinations